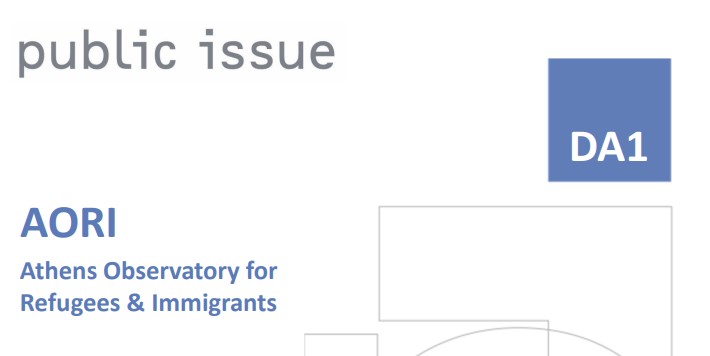 The “Athens Observatory for Refugees and Immigrants” (AORI) is a comprehensive research program which combines both census type field surveys and public opinion polls. Its aim is to help the Municipality have a better understanding of the refugee/immigration phenomenon, through a specific analysis of the characteristics of the population, who stay in the hosting facilities of the Athens municipality. In addition, it aims to reflect the residents’ attitudes towards the refugee/ immigrant population and their evolution over time.

The AORI surveys constitute a systematic evidence base, providing reliable information on the current situation of the refugees/immigrants within the geographical boundaries of the Municipality, as well as the existing possibilities for their inclusion and integration.

Within the AORI, the following surveys were carried out:

Survey B was conducted on November-December 2016 at the accommodation site at Eleonas with face-to-face interviews. The census covered all the 534 heads of the refugee households/families and 1.600 people in total. As family are also meant the incomplete forms that have arisen as a result of the family losses caused by the war, or the divisions of families caused by unintentional movements.

Survey C was conducted on November2016-January 2017 at the temporary accommodation apartments in Athens with face-to-face interviews. The census covered all the 190 heads of the refugee households/families and 901 people in total.

Census surveys B & C include the following axes :

Main findings of the surveys:

*The project was exclusively donated by the Stavros Niarchos Foundation